This archived Web page remains online for reference, research or recordkeeping purposes. This page will not be altered or updated. Web pages that are archived on the Internet are not subject to the Government of Canada Web Standards. As per the Communications Policy of the Government of Canada, you can request alternate formats of this page on the Contact Us page. 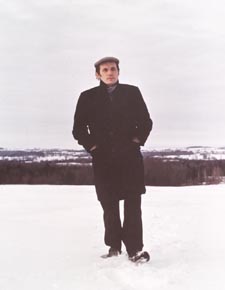 From the late 1950s until his death, Glenn Gould was the most prominent Canadian "classical" musician in Canada. A celebrity in his own country before he was 20, Gould rapidly established an enviable reputation in the international musical community. When he died in 1982, shortly after his fiftieth birthday, tributes came from Canadians and from those beyond Canada's borders. Twenty years after his death, interest in Gould and his achievements continues to flourish.

In 1983, the National Library of Canada acquired from the Glenn Gould Estate many of Gould's personal papers and possessions. Now part of the Manuscript Collection managed by Library and Archives Canada's Music Division, the Glenn Gould Papers is the largest and most important group of materials by and about Gould to be found anywhere. This virtual exhibition drawn from his archives honours and attempts to shed light on a man who is known worldwide and yet, in many ways, remains an enigma. Library and Archives Canada is proud to make this valuable part of Canada's cultural heritage accessible to students, admirers and scholars through the world via the internet.